Establishment of a production of nitrogen-fixing plants endemic to French Guiana for the restoration of degraded sites, carried out by Solicaz.

Appointment by the MEDDTL, as part of the National Strategy for Biodiversity 2011-2020.

Funded by: DEAL and the Regional Council of Guyana

The richness in gold of the subsoil in the French Guiana region coupled with an extremely rapid population growth generates an increase in deforestation which causes a loss of heritage of the only primary forest that Europe possesses each year. The increase in the current value of gold may accelerate this deforestation.

One method is to use certain plants which, because of their ability to metabolize nitrogen in the air, – thanks to their symbiosis with microorganisms, – can live on very poor soils without the use of nitrogen fertilizers. Acacia mangium, a legume native to Papua New Guinea and introduced to French Guiana several years ago has succeeded in this colonization of extremely poor soils because it can associate naturally with Rhizobium; rhizobium is widely found in French Guiana’s soils. However, the invasive character of Acacia mangium in an open environment engenders concern for large scale usage.

Previous works (Roggy et al 1999, Roggy et al, 1999 b, Roggy and Prévost 1999, Domenach et al., 2004) allowed us to identify in the French Guiana forest, species of trees endemic to this region and with qualities identical to those of Acacia mangium (rapid growth and/or moderate nitrogen fixers) and which could represent an alternative to this species.

The objective of the project is to provide the necessary tools for the establishment of a production chain of local nitrogen-fixing species adapted to the environment that can be used for its restoration or maintenance while meeting the needs of the sectors involved. For example, the mining and agricultural sectors could utilise the co-cultivation of these nitrogen-fixing species to minimize nitrogen inputs. Simultaneously, the installation of new trees could be used for the production of energy through biomass.

In order for this objective to be realized, the following is needed:
(1) the study of the production and multiplication of endemic nitrogen-fixing plants of French Guiana,
(2) the experimentation on degraded sites (e.g. mining sites) of the assembled species based on their functional traits for the restoration of biodiversity
(3) a study of the technical-economic feasibility for the establishment of a local production chain. 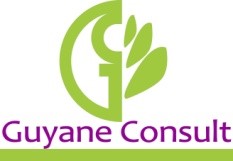 MOM 2012-2014: development of a protocol for the restoration of plant biodiversity on degraded sitesNews 2012, Revegetation