MOM 2012-2014: development of a protocol for the restoration of plant biodiversity on degraded sites

The gold richness of the subsoil in the Guyana region coupled with an extremely rapid population growth generates an increase in deforestation which causes a loss of heritage of the only primary forest that Europe possesses each year. The increase in the current value of gold may accelerate this deforestation. Gold panning affects more than 20,000 hectares of forests, including official concessions and more and more illegal farms.

In the context of protecting the exceptional forest heritage of this French department, it is therefore important to support the development of this sector through research on sustainable management, reconciliatory production and environmental services.

The broad aim of this project is to restore plant biodiversity as well as soil fertility (soil quality) via potential nitrogen-fixing species. The project is broken down into several operational objectives seen below:

• Encourage the establishment of efficient symbioses between the microorganisms and the associated host plant;
• Perform a pre-test of revegetation on a mining site at the end of operation to test the recolonization capacity of the different species;
• Make an initial statement of the “quality” of the soils before revegetation via the use of a bio-indicator to test their biological functioning (Schimann et al., 2012). 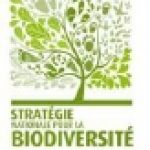 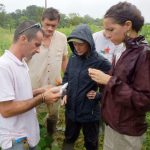