Final restitution of project results for GUYAFIX and MOM 2012

On Wednesday, October 28, 2015, the final presentation of the results of the Guyafix (2012-2015) and MOM (2012-2014) projects to the CCIG (Chamber of Commerce and Industry of French Guiana) was presented to an official assembly of thirty people. 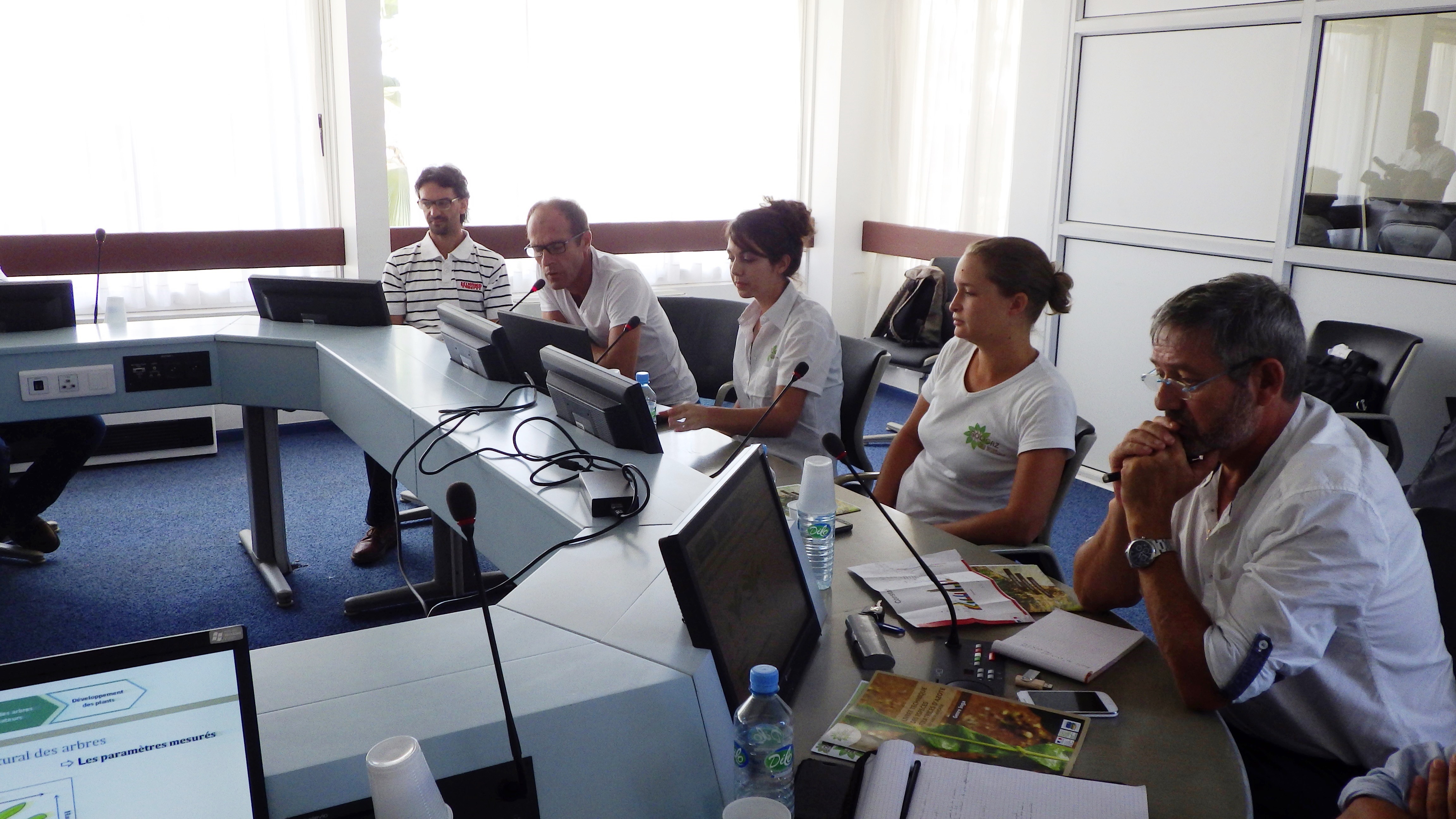 G.FAOUCHER, head of the DEAL mine department, introduced the projects with a brief reminder of the regulations concerning the rehabilitation and revegetation of mining sites: Gradually, during the exploitation, the sites must be rehabilitated and 30% of the rehabilitated surface must be revegetated; these projects were therefore intended to provide solutions towards this revegetation, which may prove difficult. Solicaz then presented its response to this problem, namely a “Selection of endogenous nitrogen-fixing plants from French Guiana for the restoration of degraded sites.”

For the experiment, seven plants from French Guiana with the characteristics of being heliophilous, nitrogen-fixing, fast-growing and reproducible in nurseries were selected after tests for germination, propagation through grafting and efficiency of nitrogen fixation through nodules. The plants selected were: Clitoria fairchildiana, Inga leiocalycina, Inga ingoides, Inga edulis, Inga macrophylla, Inga pezizifera and Inga thibaudiana.

These species of Inga and Clitoria were then implanted on three plots of the SMSE (Saint-Elie’s Company of Mines) in order to track their transformation. A year later, the growth and vigor of the plants whose nodulation had been controlled by means of specific bacteria were already remarkable according to the CIRAD botanist, E. NICOLINI, who studied the architectural development of the plants. The physical, chemical and biological analyses of soils before and after the introduction of the nitrogen-fixing species have confirmed soil recovery, although the period is too short to certify a complete recovery of agronomic quality, which is visible at the end of six years. (Schimann, 2005).

Results on sites after two years of implantation

Finally, A.CAILLEAU, a geologist at the SMSE who followed and actively participated in the work of Solicaz shared his vision and total satisfaction with the results obtained after two years of planting. Nitrogen-fixing plants have fostered the establishment of new forest species in the areas in which they were established by enriching the soil and serving as shade for other plants.

Solicaz’s revegetation protocol is an efficient service that can benefit mining operators through autonomous or outsourced management.

The invitation to observe the revegetated sites was extended to the next day, Thursday, October 29, 2015 at the SMSE.